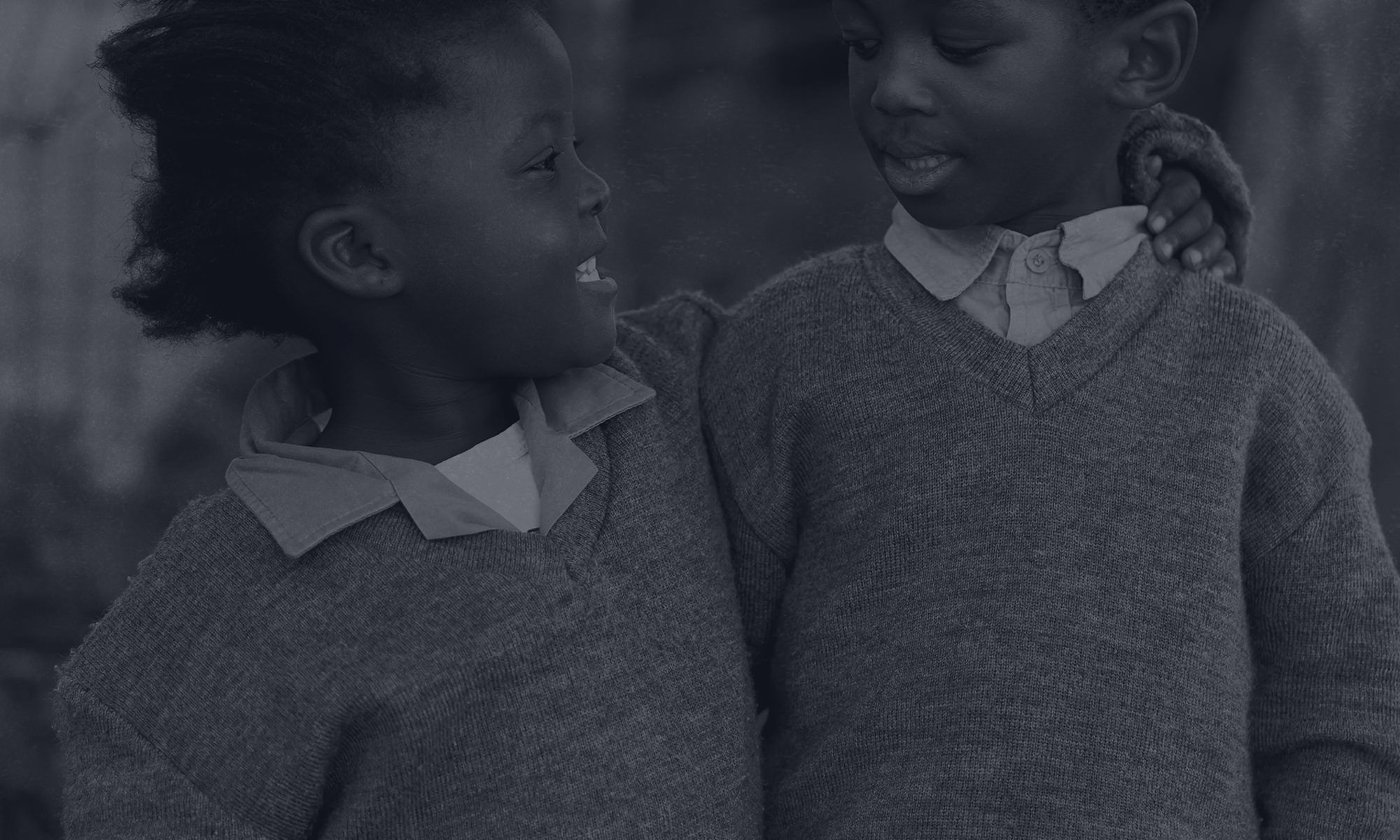 Eminence has developed a healthy working relationship with the Government of Bangladesh and its various Ministries and Directorates. We have undertaken an action research for National Institute of Local Government (NILG) to identify learning and innovations in promoting hygiene, water supply and sanitation among the poor and the poorest in Bangladesh. The establishment of community clinics is one of the top priority programs of the present government and there is a plan to gradually establish 18,000 community clinics in the rural area with community clinics for every 6,000 people. Revitalizing of Community Health Care Initiatives in Bangladesh (RCHCIB) by Ministry of Health and Family Welfare and Eminence have arrived at an understanding and agreed to collaborate with the objective to support/assist the 3,191 community clinics from 95 Upazilas of 11 Districts of the country. Determinants of patient – provider interfacing was a study that Eminence had conducted with support from Directorate General of Health Services (DGHS). Also, with support from National Nutrition Programme (NNP), Eminence had conducted a research on Determinants of Exclusive Breastfeeding in Bangladesh.

Eminence conducted several research activities for WFP on nutrition and food security issues in 2013 and 2017 in coastal regions of Bangladesh.

Eminence worked with Unicef to develop a model on workplace based breastfeeding and IYCF improvement. This project was intended to provide an environment for workers to improve breastfeeding and complementary feeding practice.

An evaluation survey was carried out by Eminence to document the progress of disaster management projects in Bangladesh.

UNFPA, the United Nations Population Fund, is an international development agency that promotes the right of every woman, man and child to enjoy a life of health and equal opportunity. Eminence has conducted a formative research on Obstetric Fistula in 2011.

Eminence has conducted an Anthropometric Survey among Women and Children (under 5 years of age) in Khulna and Bagerhat district of Bangladesh. Previous assignments include: Rapid Nutritional Assessment of Rat Infested Chittagong Hill Tracts Areas (2008), Round Table Discussion on Poverty and Working Children – Child Rights Perspective (2009) and ‘Get on Track’ to Save Children’s Lives – Evidence Based Campaign Activity in all over the country to achieve Millennium Development Goal (MDG)–4.

With Save the Children USA, Eminence conducted a Governance Assessment of the GFATM (the Global Fund) Partners in the year 2009. Eminence has also developed Essential Handbook for the Health Staff of Save the Children (USA), Handbook of Occupational Health, Training Manual on Adolescent Health and Training Manual for Communication Skill Development.

ICF Macro and Measure DHS have supported Eminence with the project titled Improving the Health, Nutrition and Population Indicators of Bangladesh through workshops with grassroots level key stakeholders in a low performing based on BDHS findings.

GMMB is a full-service, strategic communications agency with more than 170 seasoned communications professionals. With offices in Seattle, Washington, D.C., and Los Angeles, GMMB is uniquely positioned to conduct communications outreach throughout the USA and around the world. Over the last 20 years, GMMB has earned a reputation for creating highly effective communications campaigns and providing top-level public relations counsel and support to nonprofit organizations, foundations, major associations, corporations, and federal and state governments. Eminence has recently collaborated with GMMB to connect the media of Bangladesh with Child Nutrition.

Alive & Thrive (A&T) is a 5-year initiative (2009-2013) to improve infant and young child nutrition by increasing rates of exclusive breastfeeding and improving complementary feeding practices. A&T aims to reach more than 16 million children under 2 years old in Bangladesh, Ethiopia, and Viet Nam. Eminence is currently implementing an operational research “Assessing the cost effectiveness of training and supervision of frontline workers on early breastfeeding practices” with financial assistance from Alive and Thrive Small Grants program and managed by University of California Davis. This one year operational research started in May, 2010 in Panchagarh district, the most northern part of Bangladesh, including a total of nine unions from three selected upazilas with aiming to improve breastfeeding practices by strengthening capacity of front line workers.

Eminence did a Health Mapping of Bangladesh with ActionAid in the year 2006.

Concern Universal–Bangladesh is a UK based international NGO for which Eminence has conducted a survey with Concern Universal in the year 2008 titled Community Perspectives on Water and Sanitation towards Disaster Risk Reduction (DRR) and the final evaluation of the Community-based disaster risk reduction project in Barguna and Patuakhali. In Bangladesh, Eminence has worked with Concern Worldwide to conduct an End line Evaluation on Knowledge Practice and Coverage of Urban Nutrition and Household Food Security Program in the year 2007.

Eminence has conducted an evaluation survey of the Block Grant Project, two baseline surveys for the MSB-Plan Urban Health Project and the European Commission Co-financing Project on Sexual and Reproductive Health. The end of project evaluation of the same project was also conducted by Eminence in the year 2010. Other works with Marie Stopes include Qualitative Assessment of Client Satisfaction on Sexual and Reproductive Health Services (2008) and Exit Interview Data Validation Survey (2010).

In 2006, an Evaluation of Arsenic Mitigation Program for was conducted by Eminence. Later in 2007, Eminence did an assessment of Response of Local government Institutions (LGIs)/Public Service Delivery Institutions (PSDIs) in Response to the Community Demand Creation for WaterAid Bangladesh.

Action Against Hunger | ACF International is an international humanitarian organization committed to ending world hunger. Recognized as a leader in the fight against malnutrition, ACF saves the lives of malnourished children while providing communities with access to safe water and sustainable solutions to hunger. ACF integrates activities in emergency nutrition, longer-term food security, and water, sanitation & hygiene. ACF’s 4,600+ professionals work in over 40 countries to carry out innovative, life-saving programs in nutrition, food security & livelihoods, and water, sanitation, & hygiene. Eminence participated in a case study together with Action Contre la Faim (ACF) or Action Against Hunger, in Lalmonirhat and Sunamganj district of Bangladesh together with Bangladesh Centre for Advanced Studies (BCAS).

The Population Reference Bureau informs people around the world about population, health, and the environment, and empowers them to use that information to advance the well-being of current and future generations. PRB analyzes complex demographic data and research to provide the most objective, accurate, and up-to-date population information in a format that is easily understood by advocates, journalists, and decision makers alike. PRB works to ensure that policymakers in developing countries and in the United States rely on sound evidence, rather than anecdotal or outdated information, when creating population, health, and environmental policies. Along with PRB and IPHN, Eminence is facilitating the RENEW projects with an objective to prepare it as a strong advocacy tool.

A project related to climate change and health impact was carried out in coastal regions of Bangladesh. Moreover, youth involvement for climate change action was also carried

A community based effectiveness of a hypertension drug study was conducted by Eminence for Servier Bangladesh Ltd in 2007.

Along with national and international development partners, Eminence has worked with pharmaceutical companies like Sanofi-Aventis Bangladesh Ltd with different innovative projects. For example, Eminence has been implementing the ‘Close to Heart’ project to create awareness on coronary heart diseases (CHD).

Different advocacy activities were conducted through the partnership with Roche for Cancer prevention, treatment in Bangladesh.

Eminence, as part of its Influential Marketing, has conducted a series of local and national seminars, sensitization workshops, and dissemination workshops in the past 2 years to promote products of Marico Bangladesh.

Along with other partners Eminence has also worked with City Bank Ltd for its Cancer Support project and community health project.

DHL express has supported Eminence with its cancer support and education for slum children projects.

As a part of its corporate social responsibilities, Breeze holdings has supported Eminence with its cancer support and education for slum children projects.

A partnership was developed to conduct different campaign and advocacy activities on health and nutrition in Bangladesh.